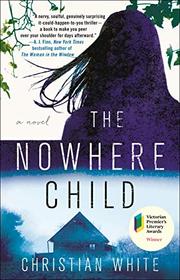 When a 30-year-old Australian woman is told she may be the child who was kidnapped as a 2-year-old from a small Kentucky town, her search for the truth uncovers secrets that others are desperate to keep hidden.

Kimberly Leamy is mostly content with her life as a single professional, teaching photography at a community college and spending time with her married sister and family. When an American man approaches her with the theory that she may really be Sammy Went of Kentucky, Kim is initially reluctant to listen to him; after all, her home life in Australia with her parents, Carol and Dean, had been loving and warm. But she agrees to meet the man again and learns that a DNA sample he took from their first meeting makes her a close match to his own—he reveals that he is Stuart Went, Sammy’s brother. Kim decides to go to Kentucky to learn more. Meanwhile, in alternating chapters (“now” and “then”), the story of Sammy’s family life and abduction is slowly revealed. Among the too-many plot threads are members of a snake-handling fundamentalist church and guilt about what several characters did or didn’t do. In this debut, the author tries to build tension, but everything from lazy writing (one person “chortled”—who ever chortles?) to the constant back-and-forth chapters defeats that goal.

By the end of all the melodramatic twists, readers will have a hard time sustaining any interest in the protagonist, her relations, or her revelations.