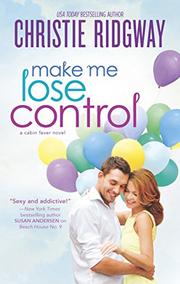 After a one-night stand leaves Shay Walker feeling bruised and lonely, things turn even more problematic when she realizes her erstwhile lover is Jace Jennings, the physically and emotionally remote father of her teenage tutoring pupil.

When a nearby forest fire cuts off the resort where Shay is supposed to meet a friend to celebrate her birthday, she meets a wildly attractive man and, throwing her typical caution to the wind, seduces him. Despite understanding it’s not supposed to last, she's unnerved by the connection she feels to the enigmatic man and feels dejected when he leaves. Heading back to her life as the live-in tutor of London—a lonely girl whose flighty mother has recently died—she's stunned when her one-night stand shows up on their doorstep and introduces himself as London’s father. Also stunned, Jace decides immediately that Shay is too much of a distraction and needs to go, but he decides to let her stay when he sees the quirky but close relationship she's developed with his daughter. Still, in his mind, both Shay and London are only at Blue Arrow Lake for a limited time, because London will be packed off to boarding school as soon as possible. Shay, meanwhile, wants Jace to step up and embrace a larger role in his daughter’s life and hopes that he might learn to open up his own emotions. Shay's complex relationships with her own siblings make her a fierce advocate for Jace establishing stronger ties to his daughter. Falling in love with him makes it even harder to see his determination to keep his distance. Ridgway returns to Blue Arrow Lake and the Walker family with an emotionally touching story about uncertain Shay, standoffish Jace and searching London.