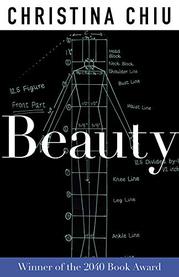 In this literary novel, an ambitious but conflicted woman navigates the world of fashion while contending with her destructive attraction to sinister men.

When Amy Wong was still in high school, she lost her virginity to a middle-aged shoe salesman in exchange for a pair of $1,250 boots. The event foretold her career as an emerging designer in New York’s competitive fashion industry as well as a love life filled with older, predatory men. At Parsons, her White classmates mutter about affirmative action while the resident design mogul, Jeff Jones, exoticizes Amy’s Chinese heritage. That doesn’t keep her from sleeping with him, and, in fact, she agrees to marry him shortly after graduation. Everyone assumes she just did it to get ahead, but it isn’t long before she has ceased to be an up-and-coming designer and gets sidelined into being a wife and a mother to Jeff’s difficult child. Or, at least, she hopes he’s Jeff’s: “Maybe Jeff sensed it, somehow, or maybe he fell into his old patterns. He started to look elsewhere. He came home reeking of sex and Coco Mademoiselle. Fashion is a small industry. Everyone knew, which made me feel all the more helpless and ashamed.” Because of a prenup, Amy is forced to find a job after the marriage fails. Forget about making her mark on the industry; now, she just has to find a way to survive in it. Unfortunately for her, continued difficulties with her son, Alex, as well as further complications with the men in her life create even more drama. As she tries to navigate a world rife with subtle racism and flagrant sexism, Amy must also contend with her sexual appetites, her guilty motherhood, and the self-loathing that has always sabotaged her depthless creativity.

The book reads with the ease of a beach novel. Chiu’s prose rolls like fabric and pricks like a pin, piercing the politeness that covers up the deeper ugliness of nearly every social interaction. Here, Jeff attempts to correct Amy’s vision of him, just as she decides she might want to love him: “ ‘And that night,’ he says. ‘That wasn’t really me.’ I start to laugh. ‘You mean racist?’ ‘I was coked-up, high.’ He rolls his eyes. ‘So you’re not really racist,’ I say. ‘Only the coked-up you is racist?’ ‘Something like that, yes,’ he smirks.” Amy is a memorably intricate character, empathetic even as she is impulsive and sometimes thoughtless. The author deftly evokes the intensity of Amy’s desires—both physical and aesthetic—drawing readers along for every bad idea and moment of rebellion. The fashion world is depicted with luminous specificity—and, as a metaphorical field, it is perfectly selected—but Amy’s story will resonate for those operating in any industry in which the complex layers of race, gender, access, and propriety can complicate a woman’s every action. It’s a coming-of-age story that never stops, revealing how the decisions of youth reverberate and reoccur throughout the decades of a life.

A sexy, unflinching portrait of a woman revolting against the life she makes for herself.