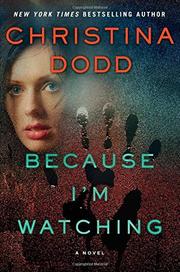 Jacob Denisov has shut himself away in his Virtue Falls home, waiting for the day he finds the courage to kill himself, until his neighbor drives her car through his house, forcing him into the light and into solving the mystery of "Mad Maddie."

After suffering through horrific events in Korea, former Military Police veteran Jacob is haunted by his experience and has secluded himself from everything and everyone in his life, sitting in the dark, not eating or drinking—until the day his neighbor drives her Subaru through the front of his house. Maddie Hewitson has endured her own trauma, having survived the massacre of her roommates in college and then, more recently, the murder of her fiance. Everyone in the neighborhood thinks she’s crazy, and her penchant for calling the police for no reason doesn’t help. Jacob’s first reaction to his demolished home is to retreat, frustrated to have to deal with people. But as workers start repairs, he is drawn out of his isolation, slowly getting to know his neighbors and becoming intrigued by bright, sexy Maddie, who's drawing him out of his shell and forcing him to face his emotional wounds. Except when she seems completely wigged out by her own. Something isn’t right in Maddie’s world, but the more he peeks into it, the more dangerous their neighborhood becomes, and the clock is ticking on Jacob’s figuring out whether Maddie is the villain or the victim. Romantic suspense favorite Dodd (Obsession Falls, 2015, etc.) heads back to Virtue Falls for another smart, dramatic mystery that will keep readers flipping pages until the very end, with unexpected twists, psychological tension, and emotional depth. The traumatic back stories of the main characters set up a trail of believable misdirection and heart-stirring romance, while secondary characters add dimension and continuity to the vivid and entertaining world of this compelling series.