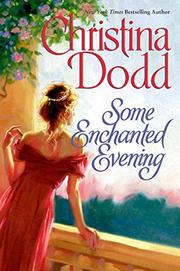 Megaselling romance author Dodd makes her hardcover debut with the story of Clarice, second of three royal sisters from the land of Beaumontagne. Forced by turmoil and anarchy to flee their Pyrenees homeland, the sisters are separated and sent to England. Some time later, around 1808, Princess Clarice Jayne Marie Nicole Lilly comes to the town of Freya Crags in Scotland. This dour and drab country, in her opinion, needs a little excitement—which she can provide, of course. Riding proudly into the marketplace on a chestnut horse, the princess catches the eye of Robert Mackenzie, Earl of Hepburn. He gets very excited indeed, and it’s not long before they’re having lots and lots of sex. In the meantime, Clarice’s entrepreneurial spirit (she invents and sells beautifying creams and concealers) has her in trouble with the local authorities. Will randy Robert save her from a wrathful magistrate? Will she see her long-lost sisters again? More to come.

Sometimes silly, but the plot never stops (and neither does the manly hero).