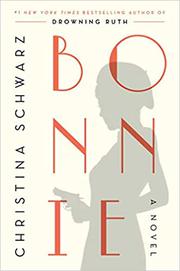 Schwarz’s fictionalized biography of Bonnie Parker, who, with Clyde Barrow, gained notoriety as part of a wave of Depression-era outlaws, will divide readers along generational lines.

For those too young to remember the 1967 movie Bonnie and Clyde, this play-by-play account of the couple’s far-from-successful criminal career offers a grim introduction to a gang of characters hopelessly downtrodden, psychopathic, or sometimes both. Readers who came of age around the time of the iconic film—a mix of comedy, graphic violence, and visual romanticism that made outlaws into larger-than-life romantic figures—will see Warren Beatty and Faye Dunaway on every page (as when Bonnie notices Clyde’s dimple for the first time) and will wonder at the necessity of this ploddingly detailed, all-too-earthbound retelling. But the novel’s opening offers even those who remember the movie a fresh, touching view of Bonnie before Clyde—the bright, sensitive child more plucky than headstrong evolving into a young woman still innocent but with “big dreams, no patience.” Briefly married at 16, Bonnie is waitressing in Dallas, Texas, when she meets Clyde, whose courtship is charming and conventional in its first weeks until he’s arrested while sleeping on her (always devoted) mother’s couch. Sent to jail in March 1930, Clyde convinces Bonnie to help him escape. Recaptured, he’s sent to a harsher prison. When he’s released two years later, they hit the road, living off Clyde’s robberies, which often go wrong and sometimes end in someone’s death. They’re joined in their dreary capers by a few hardened criminals but mostly by boys like W.D., riding along for the excitement until implicated too deeply to easily leave. By 1934, Bonnie is destitute, in constant pain from a car accident, drinking and popping pills. Still committed to deluded loser Clyde, she continues writing romantic poetry although her own romantic illusions evaporated long ago.

So many cars and guns, so many screw-ups, so many dead bodies—they all blur together after a while.