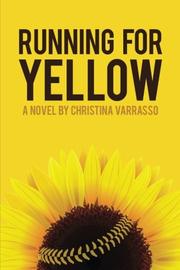 In Varrasso’s debut coming-of-age novel, a young woman struggles with faith, family and love while pursuing her medical degree.

Chiara Lazzaro, one of three daughters, lives near Pittsburgh on a large estate built by her Italian immigrant father. Born into a wealthy family, Chiara remains well-grounded and humble. Her hardworking parents, owners of a chain of restaurants, impress upon their daughters the value of education. Chiara’s father, Gian Carlo, is particularly adamant that his daughters not follow in his footsteps by working in restaurants. His dream is for them to obtain college degrees for professional careers, and his daughters must swear they’ll finish their education before marrying. After a traumatic incident with the parish priest, Chiara abandons her family’s faith in God and turns to science, which eventually leads to her entering medical school. Still a romantic, she falls in love and marries Adrian, a professional baseball player, despite her father’s strong disapproval. The upheaval continues for Chiara after her husband is traded to another team, leaving her to cope with her father’s heart attack, her difficult mother-in-law and a series of harassing phone calls from an anonymous woman claiming to be her husband’s lover. As her medical school grades begin to slip and her marriage fractures from the stress of doubt and the ongoing assault from the mystery woman, Chiara returns to her family for healing and support. With her confidence restored, Chiara is able to make the tough decisions that will preserve her identity and her future. In the fast-moving plot, Varrasso keeps the focus firmly on Chiara, though there are moments when other themes intrude. The oldest daughter’s struggles with fertility and the youngest daughter’s revelation of her sexual identity, for example, lead to some clumsy dialogue that adds little to Chiara’s personal journey. Regardless, the story is filled with likable, believable characters, and Varrasso deftly balances their flaws with redemptive qualities so that even Adrian’s domineering mother remains sympathetically human.

A romantic young girl believably grows into a remarkable young woman seasoned by life’s unexpected pitfalls in this dramatic story of love and family.