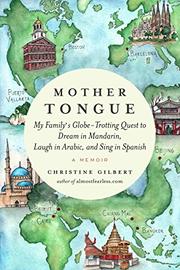 My Family's Globe-Trotting Quest to Dream in Mandarin, Laugh in Arabic, and Sing in Spanish

A blogger and documentary filmmaker’s account of how she and her family became globe-trotting foreign language learners.

Gilbert decided that she, her husband, and her child needed to become multilingual global citizens rather than remain “all-American monolinguals”—not just to enhance their cultural literacy, but also to give their young son, Cole, a cognitive edge. The author’s father had suffered from dementia, and she discovered research that showed how lifelong bilinguals “could stave off the effects of dementia by four to five years.” The “mad” project she envisioned would eventually take her family to Beijing, Beirut, and Puerto Vallarta, where they would learn three languages through focused study and cultural immersion. Her idealism, however, foundered almost immediately after she arrived in China. Studying Chinese, one of the hardest of all modern languages, “felt like hitting my head against a brick wall,” and Beijing was so polluted that the family had to stay indoors most of the time. Yet by the time they left for Beirut a few months later, they had managed to learn the rudiments of Chinese. Although Cole went through a worrisome “silent period” before he began to speak Arabic, Gilbert soon discovered that the language “was hard, but it wasn’t that hard.” However, political instability and the constant threat of violence drove the family on to Mexico, where Gilbert gave birth to her second child and learned to speak Spanish with ease. Two years after they had begun their journey, the family decided to settle more permanently in Barcelona, where they could “form [their] life…and community” around a second culture they could love and call their own. Informed by research into language and cognitive development, Gilbert’s book is not only the record of a lively and unusual adventure. It is also a celebration of a family’s determination to venture together, for better or worse, into the unknown.

An engaging travel narrative for both language lovers and general audiences.