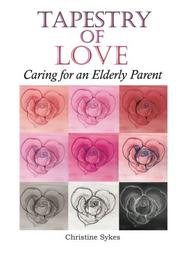 Caring for an Elderly Parent

Sykes’ debut memoir tells of the seven years she spent caring for her ailing, elderly mother.

The author was catapulted into the role of caregiver when her vibrant mother suffered macular degeneration, which eventually led to blindness. Sykes’ role became even more difficult when her mother was diagnosed with Alzheimer’s disease. Meanwhile, her mother had to cope with permanently leaving her sister in Florida—as well as the independence of her own condo—to live in much smaller institutional spaces near Sykes’ Massachusetts home. As the author became an advocate for her mother’s care, the two lost the carefree mother-daughter relationship they once had. Still, Sykes was determined to enjoy some aspects of their changing roles, and she ultimately learned to feel privileged to be her mother’s caregiver. There are some horror stories here; in one facility, for example, the author’s mother was physically and emotionally abused. However, Sykes also offers many uplifting moments; on her mother’s 90th birthday, for example, she was able to hold her first great-grandchild. Later, Sykes fulfills her mother’s dying request for a day at the beach, resulting in a beautiful mother-daughter memory. Readers shouldn’t expect a step-by-step elder-care guide or in-depth discussions of legal terms in this gentle narrative. However, there are some useful bits of information about nursing-home residents, such as their need for structured routine; for example, when Sykes hired companions to alleviate her mother’s loneliness, it turned out to be too stressful to have so many new people coming and going. Sykes also offers some worthwhile questions to ask when considering an elder-care facility, such as whether the institution has a physical therapy room and therapists on staff. The book also contains an exhaustive list of quotes and affirmations, including these words that Sykes spoke to her mother: “You have spent a lifetime giving to others. This is the time in your life to celebrate receiving from others.”