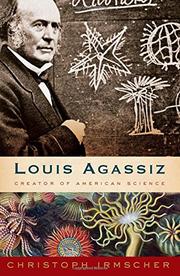 A thoroughly satisfying biography of the almost but not quite forgotten Swiss-born Louis Agassiz (1807–1873), who moved to the United States in 1846 to become a combination of educator, media star and beloved science guru.

Though Agassiz’s genuine scientific contributions, such as the classification of extinct fish, had little popular appeal, his contemporaries thrilled at his assertion that great ice sheets had once covered the continents. Others had the idea earlier; the fiercely ambitious Agassiz took credit, but Irmscher (English/Indiana Univ.; Longfellow Redux, 2006) adds that his energetic research, writing and lectures won over the scientific community. Nowadays, Agassiz is mostly known for stubbornly opposing Darwinian evolution, preferring his version of a glorious nature filled with unchanging, divinely created species. This had no effect on his immense popularity but marginalized him among scientists. Sympathetic to his subject, Irmscher recounts the surprising amount of ridicule he received from evolutionists, including the usually benign Darwin. While admitting that Agassiz missed the boat, the author maintains that, for all his posturing and self-promotion and the offensive, pseudo-scientific racism fashionable at the time, he was an inspirational, insightful and unwearying scientific observer. His voluminous collection and publications remain impressive achievements.

Irmscher makes a convincing case that this egotistical, often wrongheaded figure deserves his reputation as a founder and first great popularizer of American science.