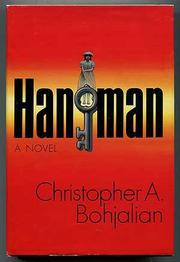 by Christopher A. Bohjalian

Second-rate second novel for Bohjalian (A Killing in the Real World, 1988), who moves through the gloom of an oncoming Vermont winter in this distressingly familiar tale about an old house full of malice, and a yuppie couple from New York who move into it with the hope of making a fresh start. Marcia and Brian are trying to forget that Brian had an affair with a neighbor who isn't as comely as his wife, so they pack up and head for the hill-town of Deering. Locals tell them of a noose hanging in their attic, and of a little girl, Thistle Peep, who hung herself there years before. Twenty-four hours later, Brian has used that rope and hung himself too—or so it seems. The police decide it was murder, and Detective J.P. Burrows begins to investigate, with beautiful Marcia the prime suspect. Burrows falls in love with her; she starts hallucinating about Thistle Peep; and the house threatens them both, almost forcing the rock-solid Burrows to jump from an attic window, thinking himself trapped and the building afire. Meanwhile, his retarded brother Simon, having befriended the ghost of Thistle Peep, provides the key to the mystery (literally), and they learn from her the house's dark secret just before Peep's father's ghost forces Marcia to follow in her husband's footsteps. With clichÇs of New England and haunted houses running rampant and one ghost too many, the menace grows thin in the end, but even so there's a substantial number of hair-raising turns, including a vivid scene in which a wily barn-cat is lured to death by the evil presence in the attic, indicating potential at least partially tapped.