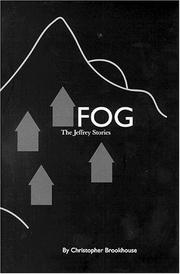 Stories, set in a fictional New Hampshire town, whose residents deal with universal issues of loneliness, indecision, lust and mortality–call it the "human condition"–from the author of A Selfish Woman (2001), which appeared in the September 1, 2001, issue of Kirkus Reviews.

Jeffrey, New Hampshire, is a summer getaway, pop. 1,100 during the off-season, all 1,100 of whom seem to wrestle with a host of dramas disproportionate to that of their meager number. The situations that arise therein can be as mundane as the ongoing attempt to finger the perp who keeps stealing and returning a sex manual from the bookshop ("Yes"), or as perplexing as figuring out just whose remains those are that recently turned up on somebody's property ("Bones"). The residents of Jeffrey all seem to have pasts that haunt them. Take fitness instructor Milly Ong: She yearns for a stranger she met briefly and then reunites with him under possibly criminal circumstances ("Milly"); or independently wealthy Arlene Givens, who's desperate to reveal herself to the now-grown daughter she gave up for adoption ("Car Talk"). This is not your sleepy little New England hamlet: Voyeurism, trespassing and sex abound–sex in particular, none of it especially passionate or erotic. Despite plots entailing murder, accidental death, theft and various prejudices, the author's straight-faced storytelling and thin character development offer little reason to care about any of Jeffrey's inhabitants, though some scenes have the power to catch the reader unaware, e.g., when a girl is brutally assaulted during a date she was already reluctant to go on (title story). Small-town conventions and narrative dryness recall Updike's Trust Me, sans the master's inimitable talent for blunt exposition. The narrative tone of these tales suggest a 1950s milieu, thus jarring the reader with what would be anachronistic references to the Internet and 9/11, for example.

Brookhouse isn't exactly treading on Peyton Place turf, but he sticks to the idea that, no matter how quiet and laid-back a place and its friendly folk may seem, you can be sure that melodrama and debauchery are at play behind closed doors. In the right hands, interesting film potential.