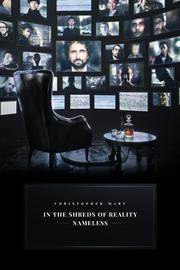 In the Shreds of Reality

In this first installment of a projected trilogy, a nameless man risks waking up in the body of a new person every time he falls asleep.

When readers first meet the hero of this story, he has woken up with a hangover, despite no memory of having touched a drop of alcohol. This is because his consciousness has been transported into the body of a drunken French architect named Pierre Diemon. This isn’t the first time—as long as he can remember, he has found himself inhabiting the bodies of different people around the world for short periods of time. Whether he is an underground boxer in Toronto, a homeless man–turned–business tycoon in New York, or a philosophy professor in Moscow, he abides by a code of conduct: no matter how brief the time he spends in control of their bodies, he strives to improve the lives of his hosts. That all changes when he meets a woman like him for the first time. This woman, currently inhabiting a Russian student named Katya, lives a life free of rules and restrictions, treating her time in each host as a party as opposed to a calling. When the hero falls in love with Katya, he begins to question whether his strict code of ethics is truly one to live by. Debut author Mart manages to keep readers from becoming overly confused, even though his hero’s name changes multiple times throughout the novel. Much of the prose is too flowery, with attempts at metaphors that try to say something deep about human existence and end up sounding forced: “If fate really does exist, she’s still that same evil ex she’s always been. And when it came to the hero, she had a whole wing of her mansion renovated as a playroom for his identity stocked full of all sorts of malicious toys.” Despite the heavy-handed style, the concept of shifting back and forth through different people’s lives, and the debate over the responsibility one should feel for those individuals, has appeal.

While its style falls short of its substance, this globe-trotting sci-fi tale has intrigue to spare.