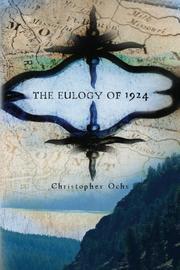 A rancher looks into his late father’s past and may learn more than he’d intended in Ochs’ Western drama (The Boathouse, 2008).

Oliver Walsh, despite being the only son and the oldest of three children, receives the smallest chunk of his father’s vast inheritance. But what he finds most jarring is the inclusion of a weathered rifle that his father had deemed valuable and an apparently abandoned ranch of which Oliver was not even aware. A little research finds a connection between the two—both were formerly owned by Malcolm Duffey Jr. Years before, Malcolm had moved west to Montana, where he made money hunting buffalo before going into business with a man that he didn’t completely trust—C. Charles Walsh. Ochs takes a unique approach to telling his story. Though scenes with Malcolm are flashbacks and form the bulk of the novel, they’re not the narrative interpretation of what Oliver has learned through researching land records and newspaper articles. What he ultimately exposes is a significant but condensed version. The dual timelines maintain a high level of anticipation. The prior knowledge of Malcolm’s death (much earlier than Charles’) and the crumbling of the two men’s personal and business relations fuels curiosity about the story leading up to those events. There’s little humor, but Malcolm’s education of the West by way of dime-store novels is a highlight, especially with titles such as Jesse James and the Soiled Dames and Buffalo Bill Plays the Death Flute. The hardships of the Old West are shown with an unblinking eye, which may cause animal lovers to flinch—buffalo, horses and cattle fall prey to hunting, severe weather and harsh conditions.

A Western on the business side of things, deftly supported by engrossing melodrama and inimitable characters.