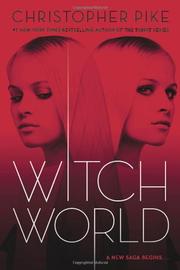 Jessica Ralle expected her graduation trip to Las Vegas to go smoothly—a little bit of drinking, some entertainment and a smidge of gambling before going off to UCLA—but….

The plan derails when she meets Russ, a dangerous man who shows her the arts of blackjack and of a mysterious new card game, 22. After blacking out when she is locked in a freezer, Jessie wakes up in the morgue and discovers she is in a different world, one in which she has special abilities built into her genetic sequence. When Jessie learns a sinister organization has kidnapped the daughter she bore in the alternate world, she embarks on a mission of vengeance to recover her child. Pike’s knack for melodrama is in evidence, but the worldbuilding never takes off here. Jessica adapts to her dual nature much too easily and adjusts to her role as mother with little disconnect. The main villain, a holdover from the Roman Empire, is laughably evil, and readers will find her Achilles’ heel to be utterly banal.