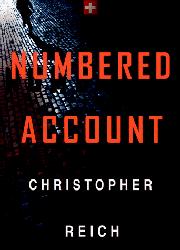 Reich's debut thriller couldn't be more timely: A brash American insider tracks down the endlessly dirty high-level secrets in the Swiss banking establishment. Nicholas Neumann's left his dream job with Morgan Stanley to take a trainee position with the United Swiss Bank for just one reason: to find out who killed his father, a USB veteran shot to death by someone he trusted shortly after opening USB's Los Angeles branch. Nick is so consumed by a thirst for revenge that he's even broken his engagement in order to settle in frigid Zurich, where he's convinced the roots of his father's murder lie buried. But before he can dope out the meaning of the cryptic final entries in his father's 1979 daybook, he's snarled in the bank's own intrigues. Neighboring Adler Bank, looking to seize control of the USB, is buying up shares with a bottomless purse of cash, and every USB stalwart is being asked to do his utmost- -even if it means committing fraud on a massive scale—to prevent the hostile takeover. And Nick, who's been in Zurich for only six weeks, is quickly in the middle of the action, thanks to a bit of initiative that brings him to the attention of USB Director Wolfgang Kaiser. What began as a quest for personal revenge turns—as in Reich's obvious model, Allan Folsom's The Day After Tomorrow (1994)—into a monstrous plot of global proportions; and, as in Folsom, the story loses credibility to the extent that it forsakes its hero's vendetta for the fate of nations. Loses credibility, but never excitement, as the corpses pile up in a crescendo of nuclear weapons, betrayals, and billions of Swiss francs. A sleek, deliriously overscaled wish-fulfillment fantasy perfectly judged to persuade you that all today's favorite enemies—treacherous Arabs, warlike ex-Soviet renegades, venture capitalists, Swiss bankers—are in bed together with the man who killed your father. ($300,000 ad/promo; Book-of-the-Month Club selection; author tour; radio satellite tour)