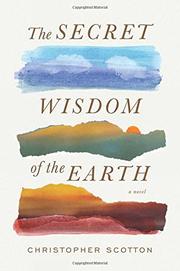 THE SECRET WISDOM OF THE EARTH

With the small-town aura of To Kill a Mockingbird, a man reflects on the summer he learned that tradition, greed, class, race and sexual orientation can make for murder. Multiple stories are at play in the coal town of Medgar: Bubba Boyd, the boorish son of a coal baron, is raping the landscape; local opposition leader and popular hairstylist Paul Pierce’s homosexuality is used to attack his environmental position; and the narrator, Kevin, grieving the death of his younger brother, arrives at age 14 to stay with his widowed grandfather. With a mother trapped by depression and father subconsciously casting blame, Kevin’s left alone in grief’s pit, and it’s Pops, a wise and gentle veterinarian, who understands his pain and guilt. In Medgar, mines are played out, and Boyd’s Monongahela Energy digs coal by "mountaintop removal," pushing forested peaks into verdant valleys, leaving a poisoned landscape. Scotton’s descriptions of plundered peaks like Clinch Mountain, Indian Head and Sadler, Pops’ boyhood haunts, are gut-wrenching. As Kevin tags along on vet calls with Pops and befriends a local teen, Buzzy Fink—"fresh friends from completely different worlds faced with the hard shapings of truth and deceit"—Scotton explores both the proud, stoic hillbilly culture that accepts Paul’s "bachelor gentlemen" love and the hate-filled greed wielding the Bible as a weapon in service of ignorance and Mammon. And then Buzzy witnesses a brutal killing, a murder whose ramifications may cost Cleo, his brother, a prestigious college football scholarship. With glimpses of a mythical white stag  and mad stones symbolic of the land’s capacity to heal, Pop, Buzzy and Kevin "tramp " to an isolated lake and find themselves targeted in a Deliverance-like shooting. Scotton offers literary observation—"a storm was filling the trees with bursting light"—and a thoughtful appreciation of Appalachia’s hard-used people and fragile landscape.

A powerful epic of people and place, loss and love, reconciliation and redemption.