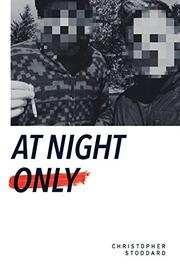 An unnamed narrator experiences the violent tides of a contemporary drug-infused life in New York City.

Living in Williamsburg with a shiba inu named Max, an unnamed and genderless narrator struggles with a series of addictions: romance, drugs, and career. “Me, immortal teenager: always awkward and anxious, forever lonely, constantly desirous of Yes’s from No’s as if I were the deserving exception.” Steeped in both the art world and the advertising industry, the narrator experiences life through a cloud of medicine (“pop two lithium, one Zoloft, and two Klonopin”) and consequently functions as would a ghost haunting his own stomping grounds. The narrator spends time with Pedro, a supremely controversial performance artist who throws themed art parties with names like “Fuck My Mother,” encouraging decadent, uninhibited sexual behavior. The narrator does whatever Pedro requests, including drug cocktails and weeklong benders. The two engage romantically only to realize that their compatibility is just as ephemeral as their high. In the second part, the narrator seems to put a damper on the party scene, this time dating Jacques, an emerging actor who has violent tantrums that only rough sex and emotional outcries can calm. As the narrator attempts to go off meds, their relationship becomes exceptionally codependent, though Jacques is much better at staying away. The comedown affects every aspect of the narrator’s life and induces a series of highly disruptive and murderous episodes. Stoddard (Limiters, 2014, etc.) has created an addictive and intoxicating environment for his readers. The lack of pronouns and overwhelming use of action verbs give the text a depersonalized effervescence that penetrates the reader’s mind with almost no difficulty. As a result, the narrator could be anyone who happens to read this story, but most importantly, the narrator embodies a version of New York that we seldom talk about.

A depressingly beautiful portrait of the metropolitan human.