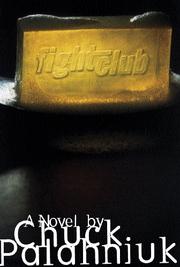 Palahniuk's insomniac narrator, a drone who works as a product recall coordinator, spends his free time crashing support groups for the dying. But his after-hours life changes for the weirder when he hooks up with Tyler Durden, a waiter and projectionist with plans to screw up the world—he's a "guerilla terrorist of the service industry." "Project Mayhem" seems taken from a page in The Anarchist Cookbook and starts small: Durden splices subliminal scenes of porno into family films and he spits into customers' soup. Things take off, though, when he begins the fight club—a gruesome late-night sport in which men beat each other up as partial initiation into Durden's bigger scheme: a supersecret strike group to carry out his wilder ideas. Durden finances his scheme with a soap-making business that secretly steals its main ingredient—the fat sucked from liposuction. Durden's cultlike groups spread like wildfire, his followers recognizable by their open wounds and scars. Seeking oblivion and self-destruction, the leader preaches anarchist fundamentalism: "Losing all hope was freedom," and "Everything is falling apart"—all of which is just his desperate attempt to get God's attention. As the narrator begins to reject Durden's revolution, he starts to realize that the legendary lunatic is just himself, or the part of himself that takes over when he falls asleep. Though he lands in heaven, which closely resembles a psycho ward, the narrator/Durden lives on in his flourishing clubs.

This brilliant bit of nihilism succeeds where so many self-described transgressive novels do not: It's dangerous because it's so compelling.