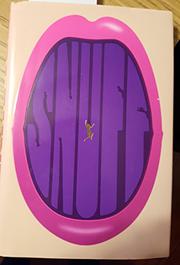 After reading the latest from Palahniuk (Rant, 2007, etc.), it might be difficult for anyone to become aroused from watching pornography or find any redeeming social value in it. The plot concerns an attempt by an aged porn queen, 20 years past her popular prime, to set a world record for most sexual partners in a single film. Like Rant, this novel is written from multiple narrative perspectives. At the beginning, the men who have enlisted to service Cassie Wright have numbers rather than names, though each of the narrators reveals some surprises about themselves and their relationship with (and attraction to) the actress. Mr. 600 is a veteran contemporary of Ms. Wright, perhaps reuniting for old time’s sake. Mr. 137 is a recognized actor who lost his TV series under scandalous circumstances. Mr. 72, a hopeless romantic who brings flowers to the shoot, is young enough to be Cassie’s son. Mediating among the trans-generational cast is the fourth narrator, Shelia, who has forged a bond with the actress and serves as the “wrangler” on the shoot. Beyond the usual associations of sex and death, the novel takes its title from the suspicion that no woman could survive such an exhaustive sexual grind. In fact, committing sexual suicide might well be Cassie’s goal, though her perspective is generally missing from the novel. Real-time sex is mostly missing as well, with the men spending plenty of time watching her greatest hits from decades past on monitors, awaiting their turn. Bodies and their functions throughout the novel are grotesque rather than titillating, though the author has great sport inventing porn-film titles (To Drill a Mockingbird, Chitty Chitty Gang Bang).

The sordidness might appeal to the Palahniuk’s cult following, but it won’t extend it.