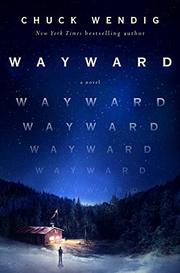 The world as we know it ended in Wanderers, Wendig’s 2019 bestseller. Now what?

A sequel to a pandemic novel written during an actual pandemic sounds pretty intense, and this one doesn’t disappoint, heightened by its author’s deft narrative skills, killer cliffhangers, and a not inconsiderable amount of bloodletting. To recap: A plague called White Mask decimated humanity, with a relative handful saved by a powerful AI called Black Swan that herded this hypnotized flock to Ouray, Colorado. Among the survivors are Benji Ray, a scientist formerly with the Centers for Disease Control and Prevention; Shana Stewart, who is pregnant and the reluctant custodian of the evolving AI (via nanobots, natch); Sheriff Marcy Reyes; and pastor Matthew Bird. In Middle America, President Ed Creel, a murdering, bigoted, bullying Trump clone, raises his own army of scumbags to fight what remains of the culture wars. When Black Swan kidnaps Shana’s child, she and Benji set off on another cross-country quest to find a way to save him. On their way to CDC headquarters, they pick up hilariously foulmouthed rock god Pete Corley, back from delivering Willie Nelson’s guitar to the Rock & Roll Hall of Fame. This novel is an overflowing font of treasures peppered with more than a few pointed barbs for any Christofacists or Nazis who might have wandered in by accident. Where Wanderers was about flight in the face of menace, this is an old-fashioned quest with a small band of noble heroes trying to save the world while a would-be tyrant gathers his forces. All those big beats, not least a cataclysmic showdown in Atlanta, are tempered by the book’s more intimate struggles, from Shana’s primal instinct to recover her boy to the grief Pete buries beneath levity to Matthew Bird’s near-constant grapple with guilt. It’s a lot to take in, but Pete’s ribald, bombastic humor as well as funny interstitials and epigraphs temper the horror within.

IMAX-scale bleeding-edge techno-horror from a writer with a freshly sharpened scalpel and time on his hands.