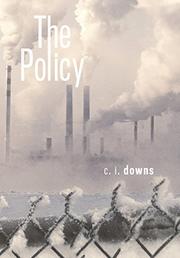 A steelworker deals with unions, economic forces, and single fatherhood.

In this debut novel, Downs tells the story of Rory Gunn, a Canadian steelworker driven by the obligation he feels toward his young daughter, Anna, who is severely impaired by fetal alcohol syndrome. Her mother abandoned the family soon after the girl’s birth, leaving Rory with bitter memories (“Every time he looked into Anna’s tiny brown eyes, he chastised himself for not standing up to her mother while a vodka was poured or a beer was cracked open”). Rory’s difficulties in finding reliable child care for Anna and building a connection with a daughter who often refuses to speak are more immediate than the conflicts between labor and management at his workplace. But as the effects of the 2008 financial crisis make their way to the plant, holding onto his job—and holding his own against the smug and dismissive foreman and managers—becomes increasingly important. Rory, initially skeptical of unionization, gradually turns into an advocate and eventually serves as an officer in the union he persuades his co-workers to form. When union officials arrive for contract negotiations, Rory finds himself as disillusioned by them as by everyone else and becomes convinced that protecting Anna has to be his only goal. This bleak book is a striking rendering of working-class life, presenting a precarious existence where almost nothing is within Rory’s control except his alcohol consumption, which he keeps in close check because of Anna. While there is an uplifting aspect to the loving paternal relationship, Rory faces many trials in the novel, and readers in search of a hopeful narrative will not find it here. Downs adds a layer of highly descriptive language to the story: Rory’s local bar is “a place where the spectre of life’s many liens against true freedom wouldn’t follow”; the plant superintendent is “a bumbling fool, a poor man’s Inspector Clouseau with the attitude of a wound-up Pomeranian.” At times the vibrant prose crosses the line into overwritten (“More so than anyone he called co-worker could say without there being less than a granule of truth to it”), but on the whole Downs brings a poet’s sensibility to a tale of hardship, loss, and love.

A vivid novel explores the challenges of blue-collar Canadian life.