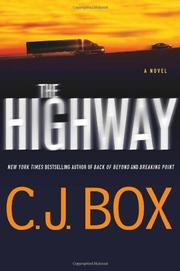 The creator of Wyoming Fish and Game Warden Joe Pickett (Breaking Point, 2013, etc.) works the area around Yellowstone National Park in this stand-alone about a long-haul trucker with sex and murder on his mind.

The Lizard King, as he calls himself, normally targets lot lizards—prostitutes who work the parking lots adjacent to the rest stops that dot interstate highways. But he’s more than happy to move up to a higher class of victim when he runs across the Sullivan sisters. Danielle, 18, and Gracie, 16, are supposed to be driving from their mother’s home in Denver to their father’s in Omaha, but Danielle has had the bright idea of heading instead to Bozeman, Mont., to visit her boyfriend, Justin Hoyt. Far from home, their whereabouts known to only a few people, the girls are the perfect victims even before they nearly collide with the Lizard King’s rig and Danielle flips him off. Hours later, very shortly after he’s caught up with them in the depths of Yellowstone and done his best to eradicate every trace of his abduction, Justin, worried that Danielle refused his last phone call, tells his father that something bad has happened. Cody Hoyt, an investigator for the Lewis and Clark County Sheriff’s Department, is already having a tough day: At the insistence of his crooked boss, Sheriff Tubman, his longtime student and new partner, Cassandra Dewell, has just caught him planting evidence in an unrelated murder, and he’s been suspended from his job. If he’s lost his badge, though, Cody’s got plenty of time on his hands to drive downstate and meet with State Trooper Rick Legerski, the ex-husband of his dispatcher’s sister, to talk about what to do next. And so the countdown begins.

Box handles this foolproof formula with complete assurance, keeping the pot at a full boil until the perfunctory, anticlimactic and unsatisfactory ending.