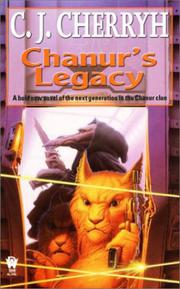 Fifth in Cherryh's hitherto paperback Chanur series—a clan/dynasty saga whose alien principals, unusually, are nearly all female, and featuring other alien species by the shipload amid a welter of interspecies politicking, maneuvering, haggling, and strife. Hilfy Chanur of the catlike alien "hani," head of the Chanur clan, is captain of the ship Chanur's Legacy, having been appointed by her enormously influential alien-ambassador aunt Pyanfar. Tempted by the offer of a million credits, Hilly accepts a peculiar and complicated commission from the powerful alien "stsho" station chief of Meetingpoint—to deliver a mysterious "Preciousness" to another stsho at Urtur. She also acquires, unwillingly, a male crew member (all Chanur spacers are female) who got himself into trouble and, suspiciously, was abandoned by his ship (the resulting sexual tensions, reversed from the usual polarity, are splendidly handled). Immediately, Hilfy is approached by yet another alien, a "mahendo'sat" named Haisi, who, improbably, insists he's Hilfy's friend but pressures her for information. Still another complication are the warrior-alien "kif" who appear to be protecting the stsho station chief, an unlikely alliance that Hilly mistrusts. And she's haunted by dreams—or are they extrasensory communications?—of her last love, a human named Tully, and her aunt Pyanfar, who's clearly plotting and planning at some remote remove. Complicated enough? Just wait until you hear about the plot... Readers new to Cherryh's Compact Space will need patience and determination to get involved—but it's worth the effort: memorable characters, intriguing aliens, and a convoluted yet satisfying plot guaranteed to extend even the most space-operatically inclined brain cells.