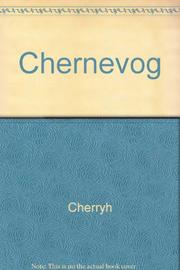 Atmospheric Russian fantasy, sequel to Rusalka (1989), from the author of Cyteen and Rimrunners. Eveshka, child of the dead wizard Uulamets and herself mistress of wizardly powers, has been brought back to life after years as a murderous ghost, the rusalka. But her peaceful life with husband Pyetr and their young wizard-friend Sasha is disrupted by a feeling that something is amiss in their forest world. A pregnant Eveshka sets out to find the source of her fears, only to encounter her mother, Draga, who her father claimed was dead and whose own magic is strong and sinister. Pyetr and Sasha follow her and find the sleeping wizard, Kavi Chernevog, who was initially responsible for Eveshka's death. Mistrust forbids them to believe his tale that Draga is the real danger to Eveshka now. He forces them to take him to Draga and Eveshka, where in a spectacular battle of magic, both Chernevog and Draga are destroyed. Eveshka, Pyetr, and Sasha return home safely for the birth of Eveshka's daughter. Obscure in places but, overall, an original fantasy with fascinating characters, unique magic, and compelling plot.