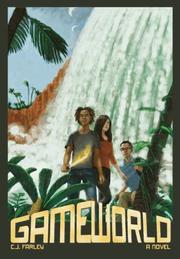 Drawn from both video gaming culture and the rich tapestry of Jamaican myth and folklore, blending pointed social satire and mystical philosophy, this exuberant, original hero’s journey is a real trip.

Dylan’s one stressed-out sixth grader. His health’s iffy, he’s a target for bullies, and his eccentric sister, Emma—three years younger, but taller and in the same accelerated class—is a huge embarrassment. Now the Professor, their ornithologist guardian, has lost her job. No wonder he often feels “like he had sixteen browser windows open in his head all at once.” Dylan escapes into the world of “Xamaica,” an exciting video game at which he excels. With his friend Eli, and Emma tagging along, Dylan enters a tournament sponsored by the game’s manufacturer that promises a big payoff. “Xamaica” proves to be more than a video game. Guided by Ines, the CEO’s daughter, they probe its mysteries and, after Emma’s pulled into the game, search for her there, meeting Nestuh, a Rastafarian spider, a squadron of hummingbirds with a Wall Street mindset, the mysterious Nanni (good witch or villain?) and a host of other equally colorful beings. The debut’s wild plot wobbles at times but, supported by its sturdy premise, always regains its footing. The illustrations, capturing the mystery and menace of Xamaica’s denizens, along with their whimsical charm and pathos, are a treat. Exhilarating, thought-provoking and one of a kind. (glossary, bibliography) (Fantasy. 10-14)