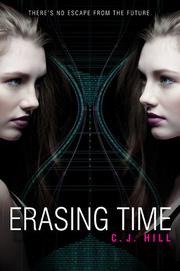 A dash of time travel gives a fresh flavor to the quickly staling dystopia genre.

Just as apprentice wordsmith Echo, a historian who’s studied the progression of the English language, prepares to flee his totalitarian city in the year 2447, a mad scientist unleashes the Time Strainer. Programmed to retrieve Tyler Sherwood, who revolutionized theories about matter in the 21st century, the time machine mistakenly delivers identical twin females, Taylor and Sheridan. Because of his abilities, Echo is assigned to monitor and translate for the teenage sisters. The initially slow third-person narration picks up pace as it alternates between Echo’s and Sheridan’s points of view. After learning about a Mafia-like organization that controls society and the mad scientist’s real plans for the Time Strainer, the twins decide to escape. Although kissing hasn’t changed in four centuries, Sheridan’s not sure she can completely trust Echo to help them. What the story lacks in detail of the futuristic time period, it makes up in its attention to the evolution of language and religion. Taylor and Sheridan’s quick-thinking idioms allow them to make plans right under the guards’ noses and strike while the iron is hot. For once, literature buff Sheridan outshines her physicist-prodigy sister. Dramatic twists and turns to the very end ensure readers’ attention and the possibility of an equally thrilling sequel. (Science fiction. 13 & up)