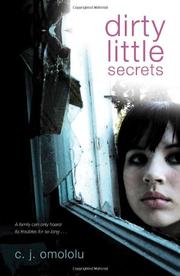 An emotionally charged novel dealing with the issue of compulsive hoarding tells the story of a girl forced to make an agonizing decision in this nicely realized page-turner. Sixteen-year-old Lucy has been painfully isolated from her peers for years, refusing to let anyone near her house lest they discover the towers of garbage and heaps of mold-encrusted dishes. Outwardly highly functional, her mother maintains the dysfunction in their home with an obsessive grip. When Lucy returns from a friend’s house one morning and discovers her mother dead of an asthma attack, she is poised to call 911 but quickly realizes this will expose the secret that her mother (and Lucy herself) worked so hard to protect. A growing public awareness of this disorder will produce many curious readers, and they will not be disappointed—Lucy is sympathetic and real, her brother and sister equally believable. Her mother is a multidimensional, complicated character. Quick chapters throttle toward an unexpected and morally ambiguous ending that some may feel leaves too many questions unanswered. Nonetheless, readers will be rapt. (Fiction. 12 & up)