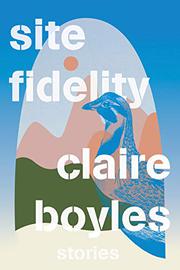 <p>Moments of reckoning both personal and environmental are centered in this debut collection of lightly linked stories set in the American West.</p>

A trio of sisters are central characters in a number of stories: There's Ruth, a pregnant mother who gets a job in a Nevada ghost town to earn enough money to take her children back to her home in Colorado (“Alto Cumulus Standing Lenticulars”); Mano, who realizes a construction company is regularly poisoning the fish in the local river and that her city department plans to cover up the spills (“Early Warning Systems”); and Sister Agnes Mary, who is compelled into action when a new priest agrees to let drilling take place near their parochial school’s playground (“Sister Agnes Mary in the Spring of 2012”). In "Ledgers," an ornithologist-turned-caretaker forced to sell the family ranch to pay for her father’s medical bills grapples with the new owner’s callousness toward the endangered Gunnison sage grouse that returns to the land yearly to nest. Such loyalty to an area is called “site fidelity,” a concept that gives this collection its name and throughline: What does it mean for our survival and well-being to be deeply interwoven with the fate of a place and to be aware of its unsustainable trajectory? And what actions are we willing to take when other people don't feel the same sense of urgency and connection? Set against a larger backdrop of energy debates, environmental disasters, and climate change, Boyles’ stories are skillfully layered explorations of the politics and power plays within families, workplaces, and communities. Yet this collection’s true mastery is in the rich and varied voices of the characters and in the small moments in which they reach for hope despite all that has crumbled around them.