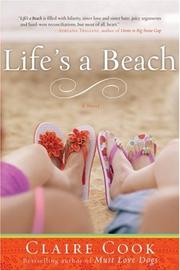 Flakey younger sis tries to shake her inability to commit.

Ginger Walsh has always been envious of those possessing passion and conviction. Over the years she’s blindly wandered from job to job and man to man. Now 41, Ginger is back in her hometown falling into a spinster-like existence. She freeloads off her parents and earns spare cash babysitting the kids of her annoyingly composed sister, Geri. Geri and Ginger have never gotten along, with Geri always taking the straight and narrow path and Ginger opting for the road less traveled. Now Geri’s 50th birthday is looming, and she feels trapped by her roles of executive, wife and mother. As for Ginger, she wonders if her restless ways have kept her from experiencing the joys of family and a fulfilling career. When a movie crew lands in their small New England town, the sisters are given a chance to shake things up. Ginger takes Geri’s kids to the movie’s casting call, and though Ginger doesn’t get discovered, one of Geri’s kids is picked for a speaking part in the movie. Since Geri is obsessed with her career, she pawns the caretaker role off on Ginger. Ginger leaps at the chance to be a de facto stage mom. Accompanying her nephew on location will help her avoid analyzing her latest flagging romance and perhaps spark some creative energy. Soon the sisters will need each other to confront disappointment and heartbreak. While their rivalry provides a few giggles, the overall effect feels forced.

Cook (Multiple Choice, 2004, etc.) ably catalogues the issues facing 40-something women, but the generic settings and tepid romances prevent this book from taking off.