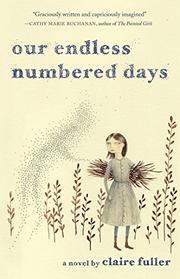 What do you do if you’re 8 and your father tells you the rest of the world has been annihilated and home is now a hut in the middle of nowhere? That's the situation in a British novelist’s intriguing debut.

Wealthy concert pianist Ute Bischoff scandalized the music world when she married James Hillcoat, a teenager eight years her junior who stood in one night as the page-turner of her music score. Their daughter, Peggy, grows up in a comfortable home in London, where her father belongs to an odd group called the North London Retreaters: “We have seen the future and disaster is coming; but we are the saved.” Their conversation is all about survivalism, and one of them stresses the need for a “bug-out location.” When Ute leaves for a concert tour, James takes 8-year-old Peggy off to Europe, following a map to a spot deep in the German mountains where a tumbledown shelter is bounded by high peaks and rushing rivers. This is their new home. James tells Peggy that her mother is dead and the rest of the world has been obliterated, and the child slowly accustoms herself to their life of privation in the forest. Father and daughter barely survive their first winter but learn to subsist on what they can grow, hunt, forage and preserve. As the years pass and the teen years arrive, however, Peggy becomes aware of someone else in her life, a stranger who begins to edge her away from her increasingly unhinged parent.

Fuller’s compelling coming-of-age story, narrated from the perspective of Peggy’s return to civilization, is delivered in translucent prose. Although attuned readers will likely have foreseen the final revelations, this is memorable first work from a talent to watch.