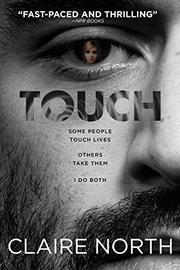 A dark thriller that asks readers to imagine whom they would be if they could be anyone. Literally.

The entity known as Kepler has been hopping from body to body for centuries, ever since trauma threw him from his original, dying body into his murderer’s. All it takes now is a moment of skin-to-skin contact to jump from one skin to the next. Mostly, Kepler sees these borrowed bodies and lives as a kind of hobby, something to fix up a bit before moving on. But Josephine Cebula has become something more, because somebody killed her while looking for the spirit temporarily inhabiting her flesh. That somebody has a file on Josephine and Kepler that’s remarkably accurate—except for the part where it blames them for four murders. This fast-paced tale starts with a bang and continues with a bunch more of them. The pace never slows, and there are plenty of chases and fights, but the novel still reveals more and more depth as it goes along. North (The First Fifteen Lives of Harry August, 2014) fully imagines how the long and varied life of a “ghost” could work to slowly strip away empathy for ordinary humans—as Kepler says, “consequences are for the flesh”—and could also create an intense yearning for human connection.

The high stakes and breakneck pace of the plot will draw readers in, and the meditations on what it means to be human and to be loved will linger long after the last shot is fired.