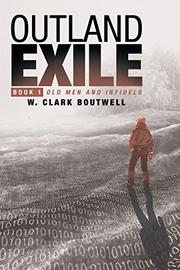 From the Old Men and Infidels series, volume 1

Boutwell tells the story of a young soldier navigating the chasm between two opposing societies in this sci-fi debut.

In the 22nd century, the United States has been replaced by a number of successor states. The Democratic Unity of America is a military-controlled dictatorship of the young, fueled by drugs and implants, in which people over 40 are forced into retirement (and often worse than that). West of the Unity are the outlands, a low-tech wilderness where the Sisis (senior citizens) still live. Malila Evanova Chiu, a foulmouthed 17-year-old officer in the Defensive Unity Forces for Security, is sent out to take control of a troublesome station deep in the heart of outlander territory. Plans go awry, and Malila quickly finds herself caught up in the machinations of an inconceivably old Sisi, Johnstone, who possesses information about world history that sets Malila’s head spinning. What’s more, she finds that she’s a pawn in the plot of an aging DUFS lieutenant colonel to further his own dark ambitions. Malila must sift the facts from the truth—and control her own rash temper—to help right the injustices of the system into which she was born. The mythology of this world is dense, as are the jargon and references that Boutwell sprinkles throughout his prose; luckily, he provides a glossary and timeline at the end of the novel. It takes some getting used to, but readers will quickly acclimate. Beneath the worldbuilding, Boutwell’s prose is sharp and efficient: “Malila awoke, her ears ringing and too dazed to move....An ax and sheathed knife threaded onto a broad leather belt hung from a small branch near her head. Only when she moved to retrieve them did she comprehend she had been bound, her wrists tied behind her back and her legs tied at the ankles.” The story takes a while to get moving, but once it does, it does not pause. The book is neither as didactic nor as allegorical as the premise might suggest; rather, Boutwell creates an immersive world where provocative ideas propel a darkly satisfying adventure.