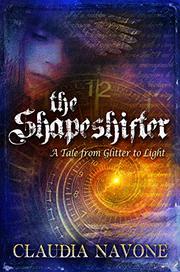 A memoir of divine love that reads like a heady dream.

Debut author Navone writes that she’s had numerous visions and mystical experiences over the course of her life, but none surpass her extraordinary encounter with spiritual beings—“a group of Enlightened Masters from the Brotherhood of Light”—who, she says, gave her the means to write this book through the power of channeling. This “Divine Intervention” transformed her worldview, she notes, and had an overall positive impact on her life. Early on, she calls the tendency to live one’s life according to the whims of one’s ego “the Waiting Room.” She says that a person can live in a beautiful place, surrounded by luxuries, as she was, and still be in the Waiting Room if one has a “closed heart.” But a deep, powerful yearning for something greater, she asserts, can be the seed that grows into a divine revelation, allowing one to cast off fear and insecurity. The author traces her own metamorphosis from her first spiritual encounters to the channeling of this book. Readers follow her as she travels to many different places, including India and Brazil, on a quest to find sacred portals where she could receive divine messages. Eventually she found herself in Egypt, gazing in awe at the ancient pyramids, and there, she says, she worked feverishly on the book for long periods with little rest. Throughout this work, Navone writes passionately, her words filled with emotion: “Beloved reader, it is time to wake up and feel the immense power that already resides in each one of us.” Her descriptions of her time in Egypt, in particular, are rich with symbolism and heavy with meaning. As a result, it may take some effort on the part of the reader to cut through the flowery language (“I came to realize that Light is pure consciousness, that Love is what unifies all parts of us into Oneness; the universal glue that both binds us and dissolves all feelings of separation”) in order to understand the simple message within.

A sincere and compassionate work whose themes are sometimes overshadowed by flamboyant presentation.