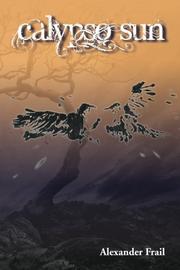 A debut novel explores the past and present of a war-torn land and its leaders over the course of one night.

Violence has haunted Braeland for centuries, as different families and regions repeatedly clash in brutal battles punctuated by only tenuous periods of peace. The source of this unending conflict is religion. While most people live in accordance with sacred texts called the Way, which tell the stories of the two brothers Faedelin and Mehsani, the South sees the latter as their ultimate savior, while the North adores the former. The tale focuses on only one night and the tenuous attempt to sign a peace treaty that follows. Flashbacks explore the pasts of four main characters and connect their personal histories to their emotional and physical wounds. Jon Carrow, a Northern general, is unstable and traumatized after years of displacement and rejection, while his compatriot Payton Tallhart puts on a resolute public face as the soon-to-be-queen of Braeland. She quietly wrestles with memories of her turbulent youth and religious fanatic father. Payton maintains a close friendship with the thoughtful Jem Nalda, now a soldier for the South. Jem’s lover is Lanair Mavogar, reputedly the last living descendant of Mehsani and once the adoptive brother of Carrow. Alexander convincingly depicts a complex society riven with deep divisions while also creating fully realized characters whose relationships reflect both personal and political turbulence. The book’s major weakness is a tendency toward laborious writing. Though his characters, worldbuilding, and plot are all intriguing, Alexander often gets bogged down in overly long and complicated metaphors that explore his players’ mental states. These passages elucidate those states far less than sequences that describe these characters in plain language. The story’s many flashbacks sometimes become jarring, as the narrative intercuts between past and present with little indication. The highly complex histories of this sweeping world and the dynamic characters are examined over the entire course of the novel, so acquiring a full understanding requires patience and close reading.

A promising first effort—filled with strong characters—that shines despite its ponderous writing style.