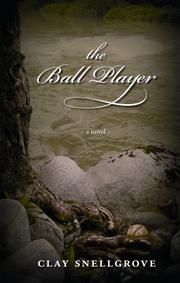 A coming-of-age novel about a young man’s ambition to play Major League Baseball and the lifelong friendship that guided him along the way.

Baseball: our national pastime; a game of tradition and history that recalls a simpler era. It’s also a billion-dollar industry that showcases celebrity talent. Snellgrove, in his debut, looks deep into the psychology of the game’s players as they fight for a big-league position. Ultimately, it’s a novel about the myth of boyhood dreams, the limitations of ability and the realization that wanting it all can be too much. The unnamed protagonist begins his story by recollecting his earliest competitive desires, which were fulfilled by the challenges he and his best friend, Danny, waged for nearly any activity—at times risking their lives. The two boys grow up, however, and learn that the childish games of their past have now perfectly primed them for higher-level sports. While Danny excels at both football and baseball, he grows despondent at being only 5 feet 7 inches; he knows scouts will never notice him. But the narrator becomes a standout ball player, and his skill is matched by his stature; he’s drafted into the minor leagues right out of high school. From this point on, the two men grow distant as their competitiveness leads them into different lives: Danny becomes a local football coach, and the narrator continues to persevere through grinding but successful minor league seasons. The narrator feels like Danny is just as capable as he is of playing at this level, but he also recognizes his own talent and fortune, which doesn’t make success any easier. Snellgrove deftly illustrates the pressures on ball players vying for select spots, even on a minor league team. In one particularly heartrending scene, the narrator succumbs to his cutthroat competitive nature by taking testosterone supplements to give him an edge. Solid character-building makes such real-life decisions that much more believable and tragic.

A sturdy sports novel with much greater appeal.