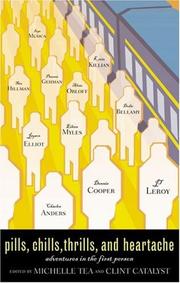 Adventures in the First Person

“Sex, Drugs and Kink in the Bay Area”: an alternate title for this largely unexceptional anthology.

All 40 pieces are told in first person, though this is hardly a distinguishing feature. A far more apparent link uniting the collection’s content and context is sex; the majority of the tales focus on it, and the majority of it is queer. The compendium successfully creates a wonderfully rich portrait of queer subculture, but few of the individual stories are particularly grand examples of the short form. There are exceptions: Cara Bruce’s “Love Boat and Lingerie” offers a comic and achingly realistic account of teenage mischief, as three nice suburban girls ditch class, smoke some PCP, and attempt to steal high-end bras from the local Macy’s. In “E.I.P. BID” (Early Intervention Program Twice a Day), by Leo Blackwater, a doctor tells a man with HIV to go off his meds for a week in the hopes of curing his fatigue. This simple act revitalizes him and makes him forget about dying (“I do not rush places”) until the week is up and he resumes his pills. Kathe Izzo’s “The Black Hand” is a brief but powerful account of a wife and mother who leaves her husband for a woman, then finds herself in court with a restraining order against her from her new lover. One of the best tales is editor Tea’s “Paris: A Lie,” about a confusing morning-after involving two girls in a bathroom, missing underwear, and a regrettable promise to sell some much cherished Xanax. It has what a lot here lacks: distinctive prose and a wise sensibility on some rather raunchy topics.