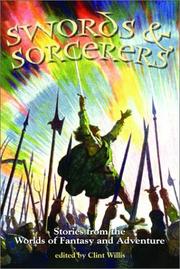 Stories from the World of Fantasy and Adventure

A resolutely fun and exciting collection that spans the gamut of magical fiction. Like something out of a dim and almost forgotten pre-Goosebumps era, this new gathering from Willis takes a page or two from a time when Alexandre Dumas was beloved by escape-seeking young adults—and it’s a wonderful thing that he was. The volume kicks off with the sprightly dueling scene from William Goldman’s The Princess Bride and continues on through swashbuckling ripsnorters from Dumas, the tales of Robin Hood, and even Twain’s bitingly sarcastic Connecticut Yankee. As for older material, Willis includes an amusing segment of China’s ancient Monkey fairy tale by Wu Cheng-en and a bloody, dramatic 19th-century prose translation of Beowulf and an action-packed piece from the Japanese samurai epic Musashi. A revelation for some readers might be a piece out of J.M. Barrie’s Peter and Wendy, which is far more humorous and violent than generations raised on the Disney film might ever have realized.

A greatest hits compilation that scores with every selection.