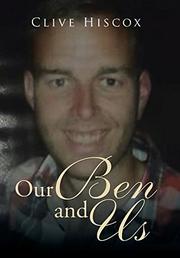 OUR BEN AND US

A longtime soccer fan recounts his family’s life and his son’s untimely death.

Debut author Hiscox and his adult son Ben were big fans of the Bristol Rovers, an English soccer team. Ben, a good-natured, 30-year-old man who loved jokes and trips to the pub, played for the amateur Stoke Gifford Football Club, for which he was the top scorer. In his final year, Hiscox writes, Ben dramatically improved his life: he got his own place, found a good job in sales at a safety-equipment company, and had a fiancee and stepdaughter. While on the playing field in March 2015, however, he suffered a head injury. Although he was in a coma when his parents first arrived at the hospital, he later awoke and improved enough to converse and get up from his bed. However, his skull was fractured, and seizures increased the pressure on his brain. Surgery failed to correct the problem, and soon Ben was unable to breathe without a ventilator; doctors asked his parents to consider donating his organs. Three days after being rushed to the hospital, Ben died. Hiscox begins and ends with the story of his son’s accident, but he makes it plain that this memoir is, first and foremost, a tribute to his son’s life. However, the bulk of the narrative reaches further back to tell the story of the larger Hiscox family, starting with the author’s birth as the youngest of seven children; he makes clear that even as a boy, he loved soccer, making scrapbooks of autographs and photographs for every team. Indeed, Hiscox uses the sport as a strong connecting thread throughout the book, showing how it linked father and son. Some of the adulatory prose can be clichéd at times (“He…never spoke ill of anyone or had a bad bone in his body”). But the book also notes that months after his death, Ben was named “footballer of the year” at the Bristol Post Sports Awards. That accolade and this book as a whole are fitting memorials.

An earnest story of love for sports and family.

HE MADE US BETTER
by Darrell Boone
Nonfiction

HOW TO WATCH SOCCER
by Ruud Gullit
Fiction