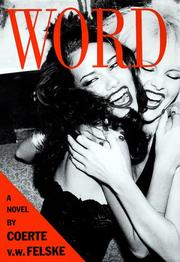 Masterfully bitter story in the Bruce Wagner/Michael Tolkin mode with a screenwriter hero who sneers at de rigeur Hollywood happy endings but is provided with one by his author (The Shallow Man, 1995). Language is all this novel downloads—a torrent of L.A. buzzwords and insider cynicism unmatched since Odets and Lehman’s Sweet Smell of Success took on Manhattan’s nightlife. As with Tony Curtis’s seedy Sidney Falco, Felske pumps Heywood Hounestein so full of film babble he’s ready to burst. To insecure but WASPish Heywood, who’s written 13 scripts on spec, with not one green-lighted, and who must tar everyone around him with his own shrunken sense of self, any leading man is dismissed as —Starman,— struggling actors as —Strugs,— and pretty faces with few goals as —8xl0s.— When Heywood—accompanied by his beautiful but alcoholic arm piece, Baby Garbo—meets mega-mogul Sydney Swinburn, he sees a way of perhaps getting his masterpiece, the script of his Age of Astonishment, sold at last. A wonderfully literate script, Sydney says, but, sadly, uncommercial, and he is in the business to make money. Still, he sees in Heywood a bookish ladies— man who can bring into this boorish super-producer’s life just what be needs to fill a void: intimacy with the type of woman he has always challenged himself to attain. They strike a Faustian bargain to help each other as Sydney attends Heywood’s charm school. Heywood, however, must not pursue Sydney’s sought-after and mysterious Teal. When Heywood and Teal find each other irresistible, Sydney, the fearsome dark lord, assures Heywood’s destruction in Hollywood. Well, it’s not Marlowe or Goethe, and cynics may snap their fangs at that big-bucks ending, but for film lovers the Hell-A hypechat will flick on all of your fuses.