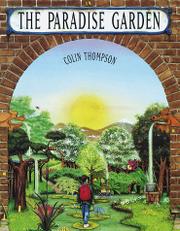 Thompson (Tower to the Sun, 1997, etc.) spins elements not so much of escape as solace in his story of a boy who flees the rattle and nonsense of his home life for the pastoral confines of an apparently endless city park. Peter finds urban home life noisy: The ever-present city sounds, the quibbling at his home—“He thought about his parents fighting and his father walking out.” He devises a scheme: He will spend the summer in the park, telling his mother he is going on vacation with his dad (“She was annoyed, but not enough to stop him, not enough to phone his father”). In the park he fashions a world of peace and discovery, learning to fend for himself, getting to know his new haunts, taking measure of the families he watches there. When the seasons turn, when he realizes that he must return home, he takes with him the magic of the place and crafts a little of it in his own backyard. Bittersweet doesn’t begin to describe this hard-luck story; Peter’s pain is immediate and unavoidable, yet his willing of a more tender life is an equal force. Thompson’s illustrations are great pools of imagery that seem to go on forever. Not all children will know how to take their futures in hand as Peter does, but the knowledge that they can try resides within these illuminating pages. (Picture book. 8-13)