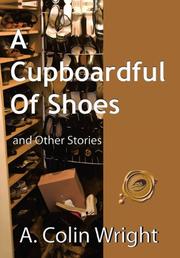 by A. Colin Wright

A diverse collection of short fiction culled from 30 years of the author’s writing life.

Wide-ranging in style and subject, the 20 stories in this collection also vary wildly in quality. Several stories are stellar: The most successful piece in the collection, “Night Train to Cologne,” tells the tale of a man contemplating leaving his wife; it possesses an admirable introspective mood, as well as an emotionally suspenseful conclusion. Also poignantly rendered is the claustrophobic familial atmosphere in the title story. Several tales, particularly “The Jump,” are notable for their attempts to deal with characters gripped by crises that are as much spiritual as emotional. The prose is consistently solid, and Wright has a clear gift for small-scale, character-driven stories. Unfortunately, structural and stylistic experiments frequently dilute these strengths. “Seven Minutes’ Silence” and “The Bells of Khatyn” both employ motifs (a compressed time span in the former and the relentless ringing of a bell in the latter) that feel gimmicky, which detracts from the human impact. In the case of “The President Reminisces,” the collection’s sole foray into both sci-fi and satire, the humor is so broad as to be tedious. And yet, even the book’s failures can be intriguing. “Queen’s Grill,” a story with an unreliable narrator who may or may not have had a relationship with an unhappy film star on an ocean voyage, contains moments of levity and poignancy that contrast with the strained inclusion of the narrator’s doubting brother and the fussiness of the whole story being a confession to the character’s dead mother. In this story, the lovingly rendered details of ocean travel also cry out for a less frivolous production. Indeed, when viewed as a whole, many of the settings and evocations of vanished eras contain moments that will charm readers, even when the stories themselves aren’t fully successful.

Best when intimate and straightforward, yet often undermined by whimsy and impish urges to experiment.