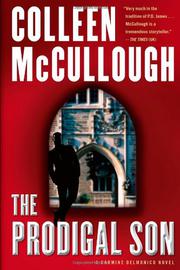 Connecticut detective Carmine Delmonico (Naked Cruelty, 2010, etc.) is flummoxed by a string of murders that just might involve his biochemist cousin.

While her prospective Nobel laureate husband Jim’s been penning A Helical God, the book that could do for DNA what A Brief History of Time did for the cosmos, Chubb University professor Millie Hunter’s a little worried. Since tetrodotoxin is really expensive to buy commercially, she’s been extracting it herself from blowfish just in case she wants some for her lab. Now, someone seems to have pinched the deadly stuff from the unlocked refrigerator where she kept it. Millie tells her dad, medical examiner Patrick O’Donnell, to be on the lookout for anyone who might have been killed by the rare toxin, which paralyzes its victims within minutes of exposure. And sure enough, at a dinner party hosted by publishing mogul Max Tunbull and his Russian second wife, Davina, Jim and Millie’s old friend John Hall, one of the few close friends of the interracial couple, keels over with all the classic tetrodotoxin symptoms. Since John is Max’s long-lost son, suspicion initially centers on the Tunbulls. After all, Max’s brother Ivan and nephew Val, not to mention the hysterically possessive Davina, mother of Max’s infant son, would all stand to lose if John had wanted a share of Max’s fortune. But the next to die is Chubb University Press’ Head Scholar Thomas Tinkerman, a sanctimonious theologian looking to obstruct the publication of Jim’s masterpiece. Now the Hunters are suspects, too. So when he’s not dining on the delectables his wife, Desdemona, dishes up as she recovers from postpartum depression, Delmonico has the thankless task of investigating who may have pushed his cousin’s research a step too far.

The fourth entry in McCullough’s cockamamie series takes the do-it-yourself spirit to new and distasteful extremes.