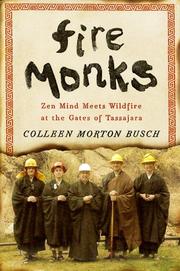 Zen Mind Meets Wildfire at the Gates of Tassajara

Most readers, if they know it at all, will connect Tassajara to the bread-baking and vegetarian cookbooks inspired by its kitchen. For practitioners of American Zen, however, the Tassajara Zen Mountain Center in the Ventana Wilderness near Big Sur is an almost sacred place for meditation and work, famous for its monastic training and host to thousands of guests since its founding in the mid-1960s. In June 2008, lightning set the California chaparral ablaze. At the end of an unpaved road, in a canyon surrounded by mountains, Tassajara lay in the middle of what would eventually become the third-largest conflagration in state history, destroying more than 240,000 acres. For almost three weeks, the community watched the fire approach, reduced their numbers to essential personnel and took various steps—including an ingenious sprinkler system rigged to rooftops, dubbed “Dharma Rain”—to protect the monastery. Finally, down to a band of 14 and under orders from state and federal authorities who deemed the place indefensible, they evacuated. On the way out, five monks turned back, determined to protect the abbey. Their histories, the stories of other Tassajara disciples, an introduction to the tenets of Buddhism and a meticulous tracking of the devastating fire’s progress are all part of Busch’s story. Her main purpose, though, is to explore how the discipline of Zen uniquely prepared otherwise untrained monks to face the crisis. Herself a Zen student, the author explains how Zen practice teaches followers to live in flux, to recognize impermanence and to deal with uncertainty. Novice firefighters, the monks were veterans at practicing calm and taking care, of honoring simultaneously interdependence and individual authority. They smoothly turned toward the fire, not to confront or fight it, but rather to meet it, to “make friends with it” as the blaze lapped at their perimeter.

The awareness of the firefighter, the mindfulness of the monk, the principles of fire and the spirit of Zen come together in a well-told story about the effort required and the lessons learned from paying close attention.