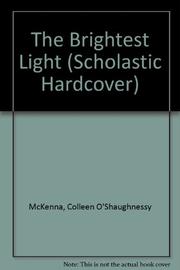 In small-town West Virginia, 16-year-old Kitty Lee is involved in a soap-opera's worth of complications while babysitting the children of attractive new mill-owner Mr. Curtis and his reclusive alcoholic wife. Curtis latches onto Kitty Lee when he sees her resourcefulness in dealing with his kids; when his regard ripens into advances, Kitty Lee is embarrassed but not wholly unresponsive. He's married, though, so eventually she's firm about leaving—a move made easier because she's discovered that old friend Cody's regard is more than platonic. Meanwhile, Kitty Lee worries about her friend Dottie, who's falling in love with an older man whom she seems hesitant to introduce; and she begins to wonder about her own mother, who died 14 years ago in an accident: Was she, too, an alcoholic? The parallels—and nonparallels—here seem contrived here, while none of the characters are drawn in much depth; Kitty Lee, especially, seems too good to be true, and her feelings for Mr. Curtis cause her remarkably little distress. Still, the lively events hold attention, while the outcomes of the several subplots are wholesome and not oversimplistic. (Fiction. 11-16)