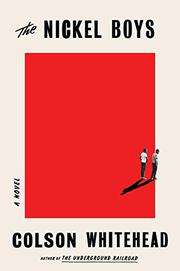 The acclaimed author of The Underground Railroad (2016) follows up with a leaner, meaner saga of Deep South captivity set in the mid-20th century and fraught with horrors more chilling for being based on true-life atrocities.

Elwood Curtis is a law-abiding, teenage paragon of rectitude, an avid reader of encyclopedias and after-school worker diligently overcoming hardships that come from being abandoned by his parents and growing up black and poor in segregated Tallahassee, Florida. It’s the early 1960s, and Elwood can feel changes coming every time he listens to an LP of his hero Martin Luther King Jr. sermonizing about breaking down racial barriers. But while hitchhiking to his first day of classes at a nearby black college, Elwood accepts a ride in what turns out to be a stolen car and is sentenced to the Nickel Academy, a juvenile reformatory that looks somewhat like the campus he’d almost attended but turns out to be a monstrously racist institution whose students, white and black alike, are brutally beaten, sexually abused, and used by the school’s two-faced officials to steal food and supplies. At first, Elwood thinks he can work his way past the arbitrary punishments and sadistic treatment (“I am stuck here, but I’ll make the best of it…and I’ll make it brief”). He befriends another black inmate, a street-wise kid he knows only as Turner, who has a different take on withstanding Nickel: “The key to in here is the same as surviving out there—you got to see how people act, and then you got to figure out how to get around them like an obstacle course.” And if you defy them, Turner warns, you’ll get taken “out back” and are never seen or heard from again. Both Elwood’s idealism and Turner’s cynicism entwine into an alliance that compels drastic action—and a shared destiny. There's something a tad more melodramatic in this book's conception (and resolution) than one expects from Whitehead, giving it a drugstore-paperback glossiness that enhances its blunt-edged impact.

Inspired by disclosures of a real-life Florida reform school’s long-standing corruption and abusive practices, Whitehead’s novel displays its author’s facility with violent imagery and his skill at weaving narrative strands into an ingenious if disquieting whole.