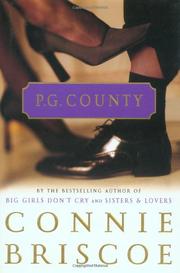 Anyone who can walk the walk and talk the talk can shine in the upscale black enclave of Maryland’s Silver Lake. Long as they got the money or credit, that is—or so says Pearl, a hairdresser who struggled and saved for years to move into the neighborhood and get her son Kenyatta into the right schools. But now that Kenyatta’s grown, he can’t seem to get it together, and he’s even dating a white girl, to Pearl’s dismay. Well, worse things happen: Barbara, the alcoholic wife of self-made software millionaire Bradford Bentley III, swallows her pride and about a fifth of vodka every day because her husband cheats. At the moment, he’s sneaking out to see Jolene, the ambitious, wayward daughter of a judge, who’s looking to dump her cheapskate husband Patrick for someone richer. Back to Kenyatta’s white girlfriend: her mother, Candice Jones, has been tracing her family’s ancestry on the library microfiches and is aghast to discover that some were listed on old census records with a capital M on the line for race. As in mulatto. So she’s not really white, and neither is her daughter! What’s a card-carrying liberal like Candice going to do? Well, not announce the amazing news, that’s for sure. Segue to the ’hood, where 16-year-old Lee runs away and becomes a prostitute after a brutal rape at the hands of her uncle Clive. Life on the streets soon palls, and her nasty pimp is threatening to beat her up. Lee, undaunted, has high hopes of finding her real daddy, and she has a clue: he lives in Silver Lake. All is resolved during a gun-waving finale at Jolene’s posh party.