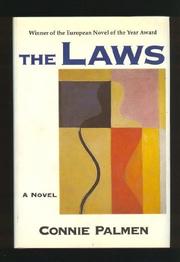 Palmen's debut fiction—a bestseller in its original Dutch edition, 1991 winner of the European Novel of the Year Award—is a probing, disturbing vision of a woman whose identity is shaped by a series of encounters with men she admires. M. Deniet—young, restless, brilliant—pursues knowledge with a vengeance in Amsterdam as she works toward her master's in philosophy. Comfortable in the world of ideas after being exposed to the writings of Sartre at an early age, she thrills a succession of similarly driven, self-absorbed men, starting with the astrologer who wanders into her orbit and marvels over her unique planetary alignments. A scholarly epileptic makes her aware of the metaphorical implications of her skin condition, while a philosophy professor and a renowned author bring her to the recognition that hers isn't an affinity for Nietzsche, but rather an embrace of the worldview of Derrida, which she has acquired without reading him. Encouraged at every turn, she gives of herself sexually and intellectually in exchange, although she pines for renewed contact with a despairing sculptor—a Wunderkind gone belly-up—whom she fancies is her soulmate. But their relationship—when it finally forms—proves disappointing: he can't reciprocate her self- annihilating passion; and after making herself ill, she realizes that something in her understanding of love is terribly amiss. Therapy gives a partial answer in the recall of her first adolescent confrontation with authority, allowing her to pick up the pieces and carry on. Sophisticated and intensely perceptive: a well-crafted, haunting analysis of the creative process and desire—a portrait of the artist as a young woman.