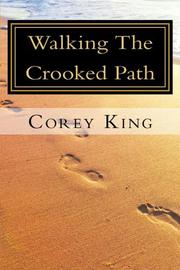 Using clever commentary and realistic reassurance, King’s comforting memoir details his struggle with early-onset Parkinson’s disease.
Squirming in a doctor’s chair, convinced nothing is wrong with him, King sees the problem arrive in a storm of immediacy and doubt. His doctor informs him that, due to symptoms of aching, stiffness and limping, he is likely in the beginning stages of early-onset Parkinson’s disease. Stubborn and opinionated, King is almost insulted by the diagnosis. He desperately attempts to reason with his doctor: “[B]ut I’m too young for Parkinson’s….[I]t’s only on one side,” he says. “I don’t shake all that much.” As the memoir continues, readers are exposed to the idiosyncrasies, past and present, that have built his distinctive outer toughness and inner insecurity. King the author develops a strong portrait of King the protagonist, testing his strength of character against the traumas of a strenuous, sometimes-impossible coping process. The details of his childhood, military career and marriage portray a complex array of emotions that move the reader through the distress of Parkinson’s and the effect it has on his life. Despite the subject matter, however, the outlook isn’t bleak. The author balances the strife of deterioration, both mental and physical, with sharp wit and dry sarcasm: “ ‘executive dysfunction’…it sounds like a bad quote from a Dilbert cartoon, it’s related to the ability to multitask, to think abstractly, to remember and apply facts, and to interpret motivations and read situations effectively.” This harmonious balance gives the narrative an ultimately positive outlook, lightening the intense subject matter. The memoir outlines the achievements and disappointments of the coping process, assuring readers that no process works the same for everyone and that the ultimate medicines are love and support from one’s family. The text can be repetitive in parts, and certain digressions into back story—particularly the sections about his time in the military—slow the narrative’s momentum. Yet as a whole, King’s story is humbling and inspiring, sparkling with honesty, humor and faith.
An engrossing, informative read for anyone intrigued by the concept of finding peace and happiness while in the grips of terminal illness.