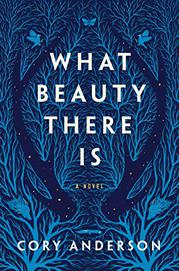 WHAT BEAUTY THERE IS

“If you had one chance to save everything that mattered to you, would you grab hold of it?”

When Jack, 17, comes home from school to find his mother hanging from a ceiling fan, his first concern, once he realizes he cannot save her, is to protect his brother, second grader Matty. Jack’s been holding the family’s increasingly untenable situation together for 7 years, since his meth-dealing daddy went to prison and his mama spiraled into addiction. Now Mama’s dead, Child Protective Services is calling, and their house is about to be auctioned. The only way out Jack can see is to find the briefcase of drug money his father supposedly hid before his arrest. Meanwhile, a second narrative voice, opening each chapter, is revealed to be that of Ava, daughter of Jack’s father’s partner in crime. Ava knows her father is a murderer and a psychopath whom she’ll never escape; Jack remembers, but can no longer connect with, a father who loved him. Ava understands their connection though Jack does not—she aligns herself with Jack and his search in an effort to break free of her fate despite believing his efforts are doomed. Intense, brutal, and searingly honest, Anderson’s debut features intricate plotting and action that hold up against the best thriller novels, yet it is all the more remarkable for its tender, multidimensional characterization and sharp, crystalline prose. Main characters read as White.